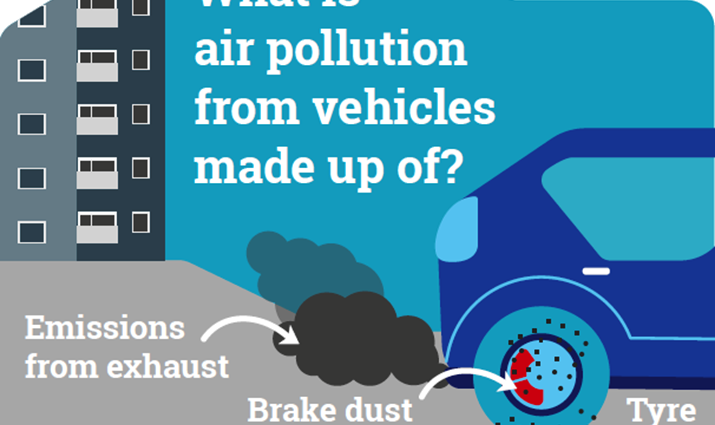 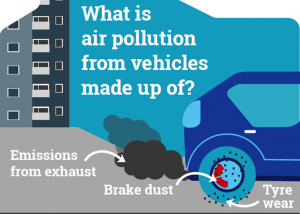 Bristol City Council has embarked on two schemes to influence driver behaviour to help reduce air pollution – Idling action and School Streets. A Bristol Walking Alliance meeting on 6th January was given a briefing on the two schemes, and had the opportunity to ask questions and suggest improvements.

Lauren Curl from the Council’s Sustainable Transport team explained the Idling Action campaign – a programme of events, action days and advertisements to tackle unnecessary vehicle idling across the city. The initiative is in response to the Anti-Vehicle Idling Zones motion passed by Full Council in December 2018.

Initially this is a pilot project till the end of March 2020, after which date funding has not been confirmed. However in that time it is hoped to facilitate activity by community groups which can continue beyond March, even if the pilot project is not extended. The more successful this is, with strong community support, the more likely it is that the project will be extended.

Aimee-Claire Eyermann from the same team as Lauren is leading on School Streets. School Streets schemes introduce no-car zones outside selected schools at pick-up and drop-off times. The purpose is to improve air quality and road safety, as well as improving the local environment directly outside of schools.

School Streets are not feasible if the school is on an A or B road, which unfortunately means that the schools that need School Streets the most will not get them. These schools are being offered other measures such as intensive air quality action work with Lauren. The initial schools were selected on the basis of whether they are already engaged in active travel and road safety programmes that have demonstrated modal shift, they already have an air quality monitor in place, and whether any road casualties have occurred outside the school.

The two initial schools, which will start from February 2020, have been announced. The pilot will last for 18 months and it will then be decided if the scheme should be made permanent.

The website is live here, with sub-pages for the two pilot schools, and FAQs and more detailed info for each.

Read more: Notes on the BWA meeting and No Idling slides for the meeting (PDFs)

2020-01-25
Previous Post: The Council decides on a Clean Air Plan: is it worth having?
Next Post: Expert view on high-rise Bristol