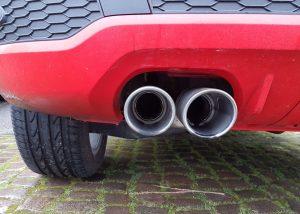 The Council has missed the government’s end-2018 deadline for deciding its preferred choice from the short list of options for getting air quality within legal limits, and seems unconcerned about it. It is not alone – some other councils have missed the deadline.

When recently asked for the reason for the delay, Mayor Marvin Rees explained that the technical modelling work has not yet been finished and “the results … will gradually begin coming through over the coming months”. He also says that government should play its part – “they could commit to a diesel scrappage scheme, giving support to people affected. Success in tackling poor air quality will be dependent on adequate funding.” In a recent BBC Points West programme, he said he is reluctant to charge people to drive and he won’t be rushed into a decision. “It’s a multi-dimensional thing, not a single issue campaign”.

Mayors from cities across the UK are pressing the government to pass a new clean air act, a car scrappage scheme, and more funding to support clean air measures. See coverage by the Guardian.

ClientEarth has commented: “What we are concerned about is a lack of government leadership on this. Things are coming out in a piecemeal fashion, different schemes being put forward by different authorities of different quality, with different charging levels with different exemptions. It is creating a very confusing picture and it is coming across as pretty shambolic.” The government has described its latest initiatives and how they fit into a coherent approach – see here.