The Bristol Civic Society Design Awards were announced by Jonathan Foyle, architectural historian and well known TV presenter, at a well attended presentation at The Station on 21st June.

Five awards were made this year and the judging panel made the following assessments of each winning scheme: 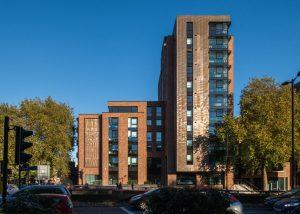 The Print Hall in Old Market sits on the site of the former Bristol Evening Post printing works. Architects Russ Drage have designed a 12- storey building which provides 267 student rooms and studio flats together with a range of amenity facilities.

They have also opened up historic pedestrian routes through a rapidly changing urban environment. It forms a bridge between the Old Market Conservation Area and the commercial buildings of Temple Way; confidently standing at an important intersection of the city and bringing new life to the urban realm which swirls around it. 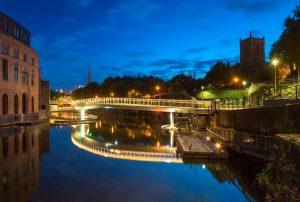 Cubex with their architects, the Bush Consultancy, have delivered a welcome addition to Bristol’s public realm to be proud of. The new Castle Bridge connects the emerging Finzels Reach development to Castle Park and the wider city centre. It has directly contributed to the success of the Finzels scheme itself but is also a significant addition to Bristol’s pedestrian and cycle routes.

It must have been a very challenging exercise to connect the offset landing places either side of the harbour, meet the relevant health and safety requirements, work around the harbours navigation channels and to create an exciting and innovative curved design. It respects and sits well in its historic context but is nonetheless modern and exciting. Castle Bridge has managed to achieve this and is a very deserving winner of a Civic Society Award this year. 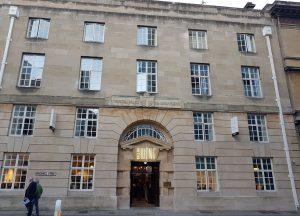 The Bristol Wing was built in the refurbished Grade II listed 20th century police headquarters in central Bristol. The terrazzo lobby floors surround the refurbished central period lift which is encased by a staircase leading to a mix of hostel rooms. The hostel also boasts communal areas and a café which use solar panels to supply their electricity.

The building is owned and managed by YMCA Bristol as a social enterprise – so any profits that are made are reinvested in supporting young people who are homeless in the city. They also offer opportunities for young people to gain valuable work skills and experience.
This disused building in the heart of the city has been invigorated architecturally and can be used and enjoyed by both locals and travellers alike. 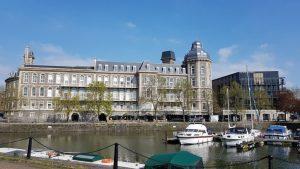 Bristol’s General Hospital closed its doors in 2012 and has since been undergoing restoration and conversion of the Grade II* Listed buildings to provide luxury apartments in the Redcliffe area of the city.

The major challenge lay in restoring the building to the proportions, scale and appearance of the original W.B Gingell design of 1853. To do this, significant original features were restored and reinstated, with great levels of attention being paid to ensure that they blend seamlessly with the original building.

The creative reuse and redesign of the former hospital has delivered an exemplary city centre regeneration scheme and it has required a huge amount of technical innovation and design skill to breathe new life into the building. 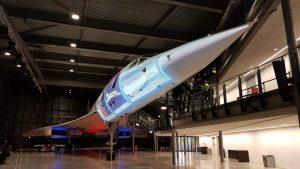 On the 30 July 1910 a Bristol Boxkite biplane built by the newly formed British and Colonial Aeroplane Company at Filton took off from the company’s first flying school. There has been aerospace industry in Bristol ever since and we now have a museum proudly telling its story.

The £19 million Aerospace Bristol museum opened in October 2017. Purcell worked on the project from 2011 overseeing both the architecture and Conservation Management Plan for the Grade 2 listed World War 1 hangars. These now house the Bristol Aero Collection Trust’s wonderful display of artifacts, an education centre and workshops. A new hangar contains the final Concorde to be built.

Together these buildings form a fitting backdrop to the collection and provide Bristol with an Aerospace museum to be proud of.