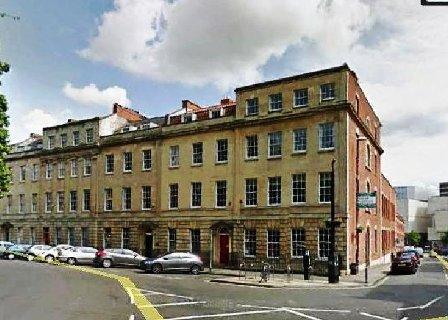 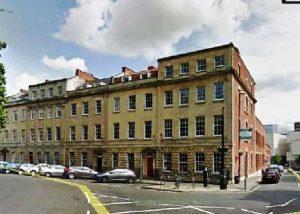 1-4 Portland Square, St. Pauls
The scheme would create 40 new apartments from an empty and unlettable office block. The Portland Square elevation is Grade I listed, which is rare in Bristol. The building behind the facade is a concrete frame structure built after bomb damage. The Society supports the proposal, which would return an empty building to economic use, secure its future maintenance and be another step to restore Portland Square to residential use. There is no proposal to change to the external significant appearance of the building significantly. However, a modern extension runs down Surrey Street, which is a negative feature in the conservation area.

The extension is ‘value architecture’ which the Council would not permit under its new design standards. The Society has suggested to the developer that this is an opportunity to redesign the lower part of the Surrey Street elevation. The Society is very pleased that the developer will ask his architects to consider whether it is possible to improve the Surrey Street elevation.