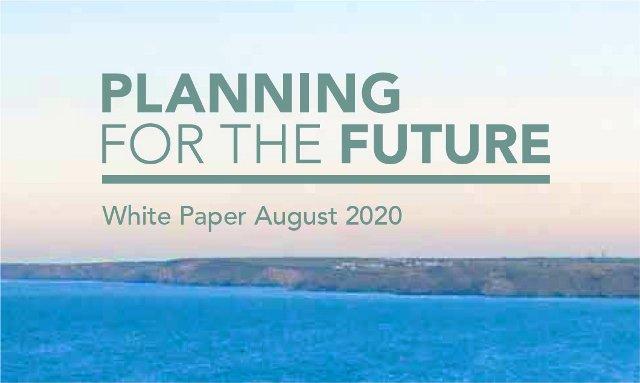 ‘Planning for the Future’ – the Government’s White Paper

This White Paper proposes some radical reforms that, if implemented, would affect many aspects of development and conservation in Bristol. Sarah O’Driscoll, Strategic City Planning Manager at Bristol City Council, recently made a presentation to the City Council’s Scrutiny Committee which summarises the main points. It is very clear and brief, so it may be best to look at this first: City Council presentation. [Sarah O’Driscoll’s contribution is 1 hour 45 minutes into this 2 hour 17 minute presentation.]

This note draws from many of the questions and concerns that others around the country have been raising, including those in the Civic Society movement, although the comments here are personal.

Others wishing to comment need to do so by 29th October. The White Paper poses consultation questions but it is not necessary to limit any responses to these.

Use this link to view or download the White paper

The overall aim of the White Paper is to “give the people of this country the homes we need in the places we want to live at prices we can afford”. The key proposals to achieve this are to simplify and therefore speed up the planning system, enhance community engagement and raise design standards.

The main change in terms of Local Plans would come through the introduction of forms of very broadly defined land use zoning. In ‘Growth’ zones – which for us might be Avonmouth, perhaps St. Philips, maybe no more – all developments that are judged to offer good design standards (see later) would receive automatic outline approval in a new Local Plan. The approach to ‘Protected’ areas – for us that would be Conservation Areas, perhaps the Downs etc. – should be obvious and little might change other than the reinforcement of design standards. It is the other type of zone that might raise eyebrows. This is ‘Renewal’* and it seems that it would apply to all of the city other than those areas mentioned above. (* Probably not the best word since, for many, it still implies demolition and rebuilding!) For developments in Renewal areas “there would be a statutory presumption in favour of development being granted for the uses specified as being suitable in each area”.

It is, however, unclear as to whether the intention is to have just one overall Renewal area, likely to be the vast majority of our city, or whether there could be several, e.g. separate ones and separate main land uses and standards for Knowle, Clifton, Bedminster and Brislington etc. How finely Renewal areas might be broken down is very unclear.

Because Local Plans would determine so much in one process, the White Paper proposes that community representatives would be engaged in plan-making at the earliest stages and far more wide public engagement would be done, mainly using digital methods – something to support in principle. And all of this – defining zones and their uses, standards and design codes, agreeing sites, checking designs and, in effect, giving approval to many major and some smaller projects – would have to happen in just 30 months, including all the statutory stages. Whether this is all appropriate or not, most commentators regards this timescale as impossible.

The White Paper’s view on how to simplify and speed up (arguably) the Local Plan preparation process is very simple: remove constraints further down the line, at application stage. This includes reducing the scope and number of development management policies and standards (what the PM has termed “newt-counting”), relying on pre-agreed design codes, reducing the information required in applications and raising the threshold for ‘permission in principle’. Perhaps most important for BCS and others (and for local democracy), there is an intention to reduce the time for individuals and groups to respond to applications, making it almost impossible to respond within the usual group monthly meeting timetables. These apparent losses of local democracy are likely to further shift pressure on to Local Plan work and hence prejudice the likelihood of hitting the 30 month deadline.

There are only a few of these in Bristol (as in other urban areas) but the general view is that the result of what has been outlined above would take away any meaningful role for Neighbourhood Plans, other than perhaps on design (but see Design section).

There will be a national standard assessment procedure to determine housing targets for each authority. In fact, this is on its way and seems certain to come into operation ahead of other things in the White Paper.

“The Community Infrastructure Levy should be reformed to be charged as a fixed proportion of the development value above a threshold, with a mandatory nationally-set rate or rates and the current system of planning obligations abolished”. It is difficult to comment on this without further detail but, given the constant complaint that necessary infrastructure only ever follows the actual development (if you are lucky), the suggestion is that authorities should be able to borrow against levy income to ensure that infrastructure work can begin before or alongside any development.

The threshold for the provision of affordable housing could be raised to 40 or 50 houses; something that would affect a large number of the inevitably smaller projects all across our city, lessening any prospect of social mixing.

There is a recognition in the White Paper that successful delivery of its proposals is dependent on enhancement of local authority planning resources and skills, notably on design. This must of course, be considered in the light of the fact that, in general, planning authority resources across the country have seen a reduction of around 80% since 2010, so the concern will be whether the enhancement, if it happened, would take us back to anything close to those earlier figures.

In general, the view from many very different commentators is that much of the above, in the very simplified descriptions given in the White Paper, is both inappropriate and unachievable. The lack of detail also makes it quite difficult to respond usefully.

There is, however, an important qualification to this. Aspects of design take up a far greater part of the White Paper than has ever been the case previously, almost all the key ideas are already on their way to being implemented and they have very significant implications for Bristol – which is why the section on Design is drawn out separately here.

Almost everything on design draws directly from ‘Living with Beauty’, the report of the Building Better, Building Beautiful Commission. (Very important, so take a look at the details: )

The key point is that raising design standards, notably to avoid developer’s usual ‘anywhere’ housing designs (an aim we would presumably all support), is to be achieved through the introduction of Design Codes – nationally and/or per authority and/or at very local, neighbourhood level. Though rather hidden in the White Paper, the buzz word ‘codes’ also subsumes area character assessment, general design guidance and masterplans for larger sites.

Design Codes are a significant step up in terms of detailed guidance, even formal requirements, with little or no discretion. They aim to cover from quite broad place-making aspects (e.g. footpath networks and mixed uses) through to very specific details (e.g. window proportions and eaves lines). They can be done for an area (a neighbourhood) or for a site. There is some ambiguity in the White Paper about when, how and whether codes would be produced for every site rather then just every area and, if so, who by (developer or authority). (Use the following link if you are desperate to read all 170 page of the government’s guidance on codes)

Two aspects are less ambiguous. First, that the forthcoming National Model Design Code* would be applied if no local version exists. Secondly, that codes would be used at the Local Plan stage to assess those schemes (perhaps most of them) to be approved in the Local Plan. (* This should surely have been made available in advance of the White Paper to enable meaningful comments to be made.)

So, to add to the complexity and pace of Local Plan preparation, local work would also have to be undertaken to ensure that what might be a Bristol Design Code is in place very early on, at Local Plan preparation stage, or the national, England-wide version would be applied. Luckily, our City Council is already, in general, well placed on design issues but, without seeing the forthcoming model code, how would Bristol’s approach fit with that?

Who would produce Design Codes?

Then it gets even more challenging, important and – potentially – positive for Bristol Civic Society, its member groups and individuals, because there are many mentions in the White Paper of local communities (neighbourhoods) either producing their own area codes, or working with the planning authority to produce them, or (presumably mainly in growth areas) being engaged in code production by authority or perhaps developer.

This is not new; it has been the case in more rural areas for at least 25 years with Village and Town Design statements done by communities and formally adopted. It is far less common in cities but Bristol City Council already supports community-led character assessments – my own community in Westbury Park produced ours and the Council use it, and Westbury-on-Trym (and probably other communities) have produced their own. It is potentially then only a short step from there to communities taking the lead and producing area codes. After all, the sort of locally distinctive design to which ‘Living with Beauty’ and the White paper aspire can only emerge when communities describe, express and celebrate their area’s distinctiveness. Professional input is often needed to steer this into challenge-resistant codes, but professionals alone cannot do it.

Design Codes etc. can be, and often are, produced as part of Neighbourhood Plans but, if design is the only topic in a Neighbourhood Plan, that route is inappropriately costly, time-consuming and bureaucratic. The White Paper suggests the Supplementary Planning Document (SPD) route for codes but, while Neighbourhood Plan groups can access some essential funding, there is no such funding available to communities for code production, which is what stopped Town Design Statements dead when community funding for those was withdrawn.

In other words replacing ‘anywhere’ developer design with ‘anywhere’ National Model Code designs might be a step forward but would that be good enough if the same standards were applied in the same way to Knowle, Clifton, Brislington, Bedminster and every other wonderfully distinctive community in our city?

As suggested, moving Design Codes into implementation is not something that will wait for the progress of the White Paper; they are on their way right now ahead of other White Paper changes (the head of the Design Codes group in government has just been appointed) and we all need to start to prepare for that ‘today’.