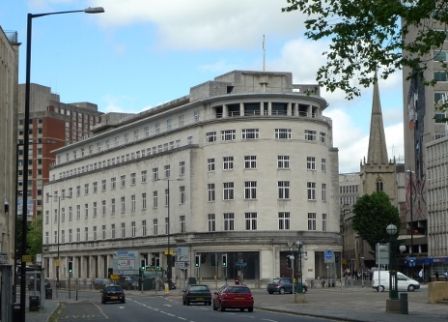 The Major Sites Group (MSG) takes part in the public consultation stage before planning applications for major schemes (the ‘pre-app’). This is one of Bristol Civic Society’s principal roles.

The pre-app ensures that interested parties discuss major developments before the planning application, by which time the developer will have spent too much time and money to change anything. These are 2013 edited highlights.

West Gate House will soon be Electricity House once again when it reopens as a block of flats. The Society was pleased when the developer agreed to change the design for the upper floors to reproduce the building’s streamlined, ocean liner aesthetic.

It was good to support the restoration and return to residential use of these grand houses, together with the demolition of a nondescript office block behind them in Barossa Place to build a row of houses. 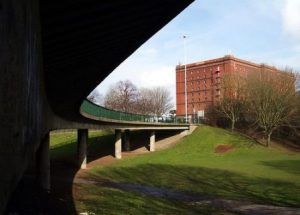 The Society supported an application to English Heritage to register the Sylvia Crowe landscape around the Brunel Way elevated roads as a national park. Unfortunately, the inspector did not support the application. 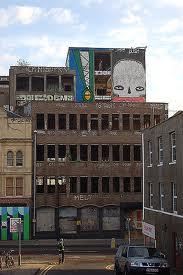 We have been here before but the prospects of redevelopment of this chronic Stokes Croft eyesore look brighter. BCC has appointed Knightstone Housing Association to be its development partner and has resolved (again) to proceed with a compulsory purchase order. The future of Godwin’s Carriageworks remains unclear until Knightstone publish their plans.

The theatre trustees have a planning permission to make huge changes to the theatre. All the 1970s buildings will go to make way for a new studio theatre, rehearsal space, offices, and a commercially viable bar and restaurant in the Cooper’s Hall and the space in front of the theatre. The new entrance from King Street will be through a new foyer. The Society supported the planning application. 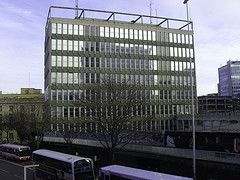 The Society supported the demolition of these unattractive buildings to construct student accommodation but opposed the massive replacement building. It will be three floors taller than BCC’s own planning advice. The new building will overbear its Grade II-listed neighbours. The decision will perpetuate the horrible Rupert Street concrete canyon. A once in a lifetime opportunity to begin to undo a planning disaster is lost.

Although the Society supports redevelopment of this former industrial land for mixed uses, it objects to a scheme to build a 16-floor landmark tower. Bristol’s planning policy discourages tall buildings outside the city centre unless they are of ‘exceptional quality’, which this tower is not. Local councillors object to the accommodation mix, which would load the market with another large housing project of small flats. Regeneration implies more than economic regeneration, it also implies social regeneration. 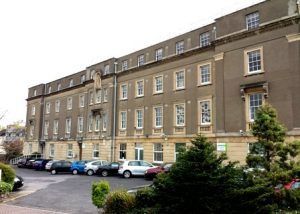 The developer was Student Castle who restored and converted the Pro-Cathedral superbly. The Society supported the use as student accommodation but wanted to retain the former hospital’s Italianate elevation, which the Conservation Area Character Appraisal described as an ‘unlisted building of merit’.

Bristol City Council (BCC) refused planning permission because the scheme overdeveloped the site. The developer has appealed and has said that it will make another planning application for a different scheme. [Use this link for an updated report.]