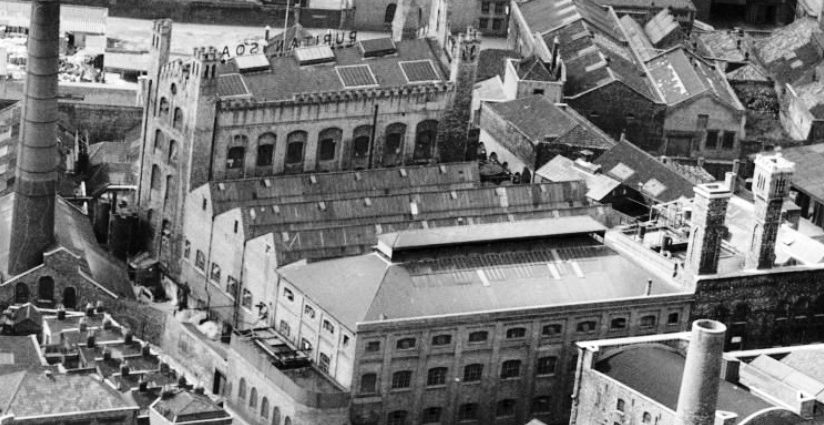 The developer First Base proposes to redevelop the site of the former Gardiner Haskins Homecentre between Old Bread Street and Straight Street, Old Market. The photograph shows the soap factory in operation in 1947. This large and important site includes a car park. The redevelopment would include a mix of uses, new flats, offices, an apartment hotel, and retail/food units. The Society supports the redevelopment which would add welcome commercial space, new homes, and social amenities in this area where employment and residential coexist happily.

The proposal includes the retention and conversion of the Grade II listed Soapworks Building. Redevelopment would introduce two new north-south and east-west routes which would connect with two new internal courtyards. The scheme has the potential to add materially to the economic and social regeneration of the Old Market Conservation Area. The developer proposes to retain the Straight Street façade of the former Homecentre but demolish its interior structure. The Homecentre entrance is in Straight Street which runs across the bottom of the photograph. The Society has said that the development should retain the whole of the Homecenter building and convert it to a new use.

The Society’s other concern is a 20-floor residential tower on the junction of Old Bread Street and New Kingsley Road. The tower would overdevelop the site. The area already has a landmark building, the listed Soapworks, which the tower would obscure. The new corner building should be subservient to the Soapworks Building to maintain the significance of the listed building. The Society would support a corner building that does not exceed 8 floors.