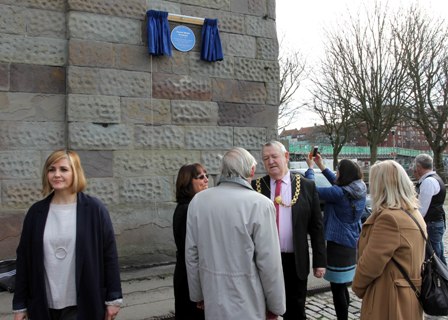 A blue plaque has been unveiled to commemorate the iron founder and patron of the arts, Daniel Wade Acraman (1775-1847).

We learned that Acraman had an iron foundry at Bathurst Basin and he supplied Brunel with iron work, anchors and chains for the SS Great Western. He also supported the Bristol School of Artists, buying paintings by Rippingille, Johnson, Muller, Poole and Danby.

After the unveiling we gathered in the Arnolfini for light refreshments and to view an exhibition of the Acraman lineage put together by Daniel Wade Acraman’s descendants.