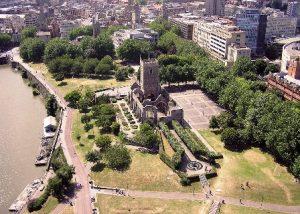 The Society has responded to the Council’s consultation on Castle Park improvements. The purpose of the consultation is to consult on the details of proposals previously agreed, and to seek views on additional proposals. The Society supports the proposals that have already been agreed: tree management, restoration of the water feature, removing the existing play area, interpretation panels, improvement of Castle Keep remains, Wine Street boundary improvements. 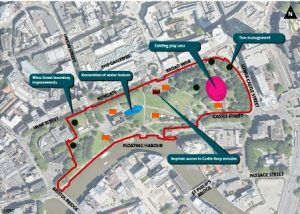 In the Society’s view, Castle Park struggles to find an identity. It is valued as a public green space, in an area with very little green space nearby, and is used particularly by employees at lunchtime in summer. It is a through-route on several pedestrian desire lines. But it cannot be called a community park, as its location lacks a cohesive community, as is evidenced by a lack of an active community ‘Friends of’ group. And it is not a destination park, as it lacks stand-out features or activities that would make it a popular destination for tourists or shoppers.

Addressing this deficit is partly about physical changes, which is the subject of the consultation, but it is just as much about other changes that will attract people to the park. Without a community group, these things will not happen. With a community group up and running, these other pieces of this puzzle might begin to take shape and eventually drop into place. The Society may be able to facilitate the starting-up of such a group.

The Society makes the following specific comments on the proposals:

To locate this site, use this link to the Google map of the area..