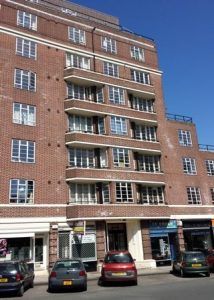 The Planning Applications Group meets every three weeks and considers more than 200 planning applications each year. By way of example, three brief case studies are described below.
99 Queens Road, Clifton BS8
Even though this building is not listed, its Art Deco façade, its decorative internal features and the attractiveness of its inlaid forecourt have long been recognised by Bristol Civic Society, local amenity groups and the Conservation Advisory Panel. In 1972, the Society described it as a handsome and perfect example of its period. There have been successive applications to demolish differing amounts of the building and intensify the use of the site with a mixture of residential and commercial premises. The Society has successfully joined with other groups to resist these applications in order to protect and maintain the quality of the existing building and its forecourt, to protect the setting of the neighbouring Listed Building and to ensure that the character of the Conservation Area in which it is located is not harmed. At the time of writing, a decision was pending on the most recent application.
4 – 6 Zetland Road, BS6 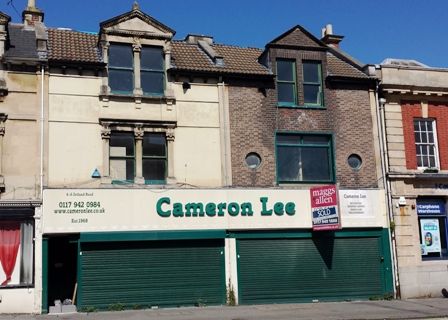 The Society considers numerous applications to increase residential density. Many of these are for conversions to existing residential premises and some, like this application, relate to the space above shops and other commercial uses. The Society supports increased residential density where it can be successfully accommodated in terms of the impact on neighbours of bikes, bins, parking and other disturbance and also if the proposed accommodation would offer a good quality of life to its residents.

Our support recognises the positive contribution increased density can make to city development by reducing the need to travel while boosting public transport availability when you do need to go somewhere, increasing the demand for and viability of local services and securing the more efficient use of land. We oppose more intensive living conditions where the site is not big enough to take it and the result would be harmful to neighbours and future residents. PAG considered that this application in Zetland Road in the upper floors of the recently closed Cameron Lee’s furniture store merited support. It would contribute to the character and liveliness of this part of Zetland Road, offer a good quality of accommodation and could be absorbed without significant harm to neighbouring properties. We are awaiting the council’s decision.
St. Luke’s Hall, Bedminster, BS3 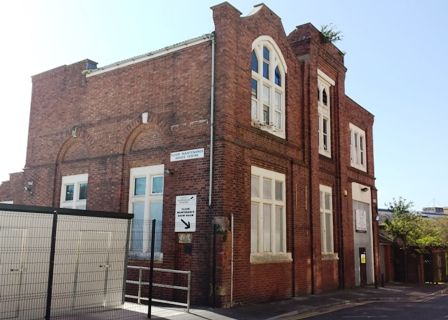 This is an interesting proposal to change the use of St Luke’s Hall from employment activities to residential. It involves retaining important external features of this unlisted Victorian building of merit, originally built as a soup kitchen and ragged school, in the Bedminster Conservation Area, and constructing a contemporary extension. PAG’s initial response was that the residential element was too intensive for the site. We also had some concerns about the loss of employment space. However, we met the applicant after he had made a number of alterations to the proposal. While the loss of the employment space was regrettable, PAG recognised that there was little prospect of achieving a commercial letting. The applicant also reduced the residential content by one unit and increased parking provision. In view of the amendments to the proposal and the contribution that the retention of the important two facades of this historic building would make to the character of the Bedminster Conservation Area, PAG withdrew its objections. The revised application was also supported by the local BS3 Group. Planning permission for the application has subsequently been granted.