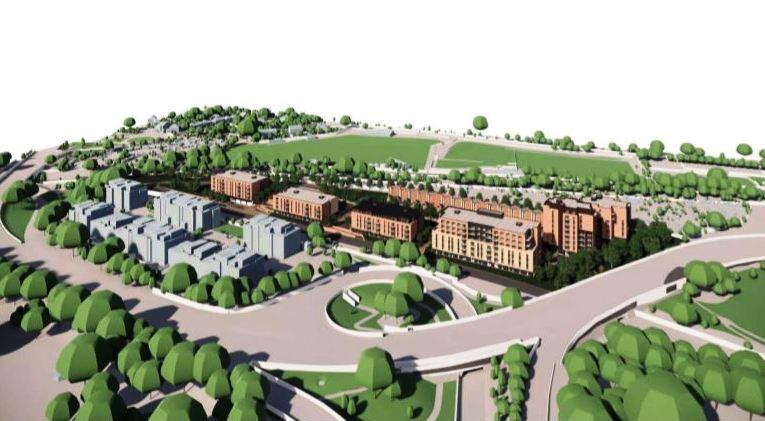 The proposal
Vistry Partnerships (formerly Gulliford Try) propose to redevelop a former railway maintenance depot to build 253 new homes. The road in the foreground of the image is the elevated Brunel Way. Paxton Drive development is coloured grey. Allotments and the Bedminster Cricket Club ground are at the top. The Local Plan names the site for development with an estimated capacity for 150 homes. Although the Society supports the principle of redevelopment of this derelict brownfield site that it cleared of buildings, we regret that we cannot support the scheme.

The principal objection is the 7-9-storey buildings at the northern end of the site. This development is on a sensitive site with a distinctive character to protect, it will be prominent in a viewing arc from Cliftonwood through to Bower Ashton. The development will form the boundary to the city’s built-up area. Further development on the Green Belt to the west is unlikely. The boundary of the Green Belt is an unsuitable site for a landmark, contextual tall building of 9-floors above ground. The traffic noise and pollution from the elevated road will blight the north end of the site which is the area with the highest population density.

We support the height and massing of the lower rise blocks A – C, and the row of town houses on the western boundary of the site. The Society could support a development that did not exceed the height of the Paxton Drive estate which should be treated as the benchmark. The Society said more in its full response.