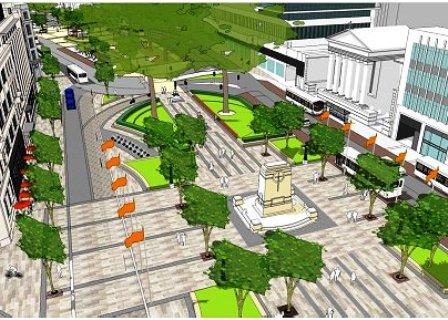 The Society has commented on the planning application for the North Fringe to Hengrove MetroBus rapid bus route via Bristol City Centre Promenade. The Society commented on earlier draft plans, and all along its main concern has been to ensure that enhancement of the city’s heritage assets, place-making, and the needs of pedestrians and cyclists, are given proper consideration.

In respect of the Centre Promenade, there are major public realm improvements (see pictures), which are the work of the council’s City Design Group (Metrobus at the heart of the Centre PDF, 1,178KB), and the Society makes only limited suggestions to improve the scheme.