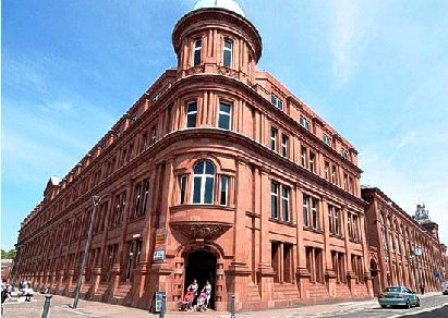 City and Country, the developers who are converting the former General Hospital, propose to redevelop Regents House and Consort House. Only the Grade II listed facades of the former Imperial Tobacco headquarters remain. In the 1980s, new offices replaced the 19th century buildings. There is no market interest in office buildings – vacant since 2012.

The scheme would convert the offices to flats use and build new blocks of flats on the car park at the back in St. John’s Road. The shops in the Imperial Arcade would remain. The development could provide about 275 new flats.

The Society has welcomed the proposal, which would return two large vacant buildings to economic use and secure their future maintenance. The development would make a significant contribution to the social and economic regeneration of East Street. In principle, the Society supports the proposal to build new perimeter blocks along St. John’s Road and within the rear car park. The Society would like the public art provision to include a substantial scheme to interpret the building’s history as the major participant in the tobacco industry and local employer. In a development of this size and this location, the Society assumes is no reason why the development cannot include the affordable housing that local planning policy requires.

The Society supports the planning application by City and Country Properties to redevelop the former Imperial Group headquarters into new homes. Unfortunately, the Society cannot support the current design. The substantial red brick Consort House and Regent House are Grade II listed buildings. The developer’s views analysis shows the impact of three proposed new blocks behind the ASDA car park (as shown on the left.) The Society urges the Council to refuse this application unless the applicant reduces the height of the new blocks whose height and mass would harm the conservation area and the listed buildings. A site of this size could achieve a similar number of new flats with a lower rise development.

The second objection relates to the tower on the south west corner of Consort House, which is a landmark in East Street. The developer wishes to build a new floor on top of Regent House, which stands at right angles to East Street. The Society would support a roof extension if it were set back enough to prevent it encroaching on the tower, which should remain a freestanding architectural element.