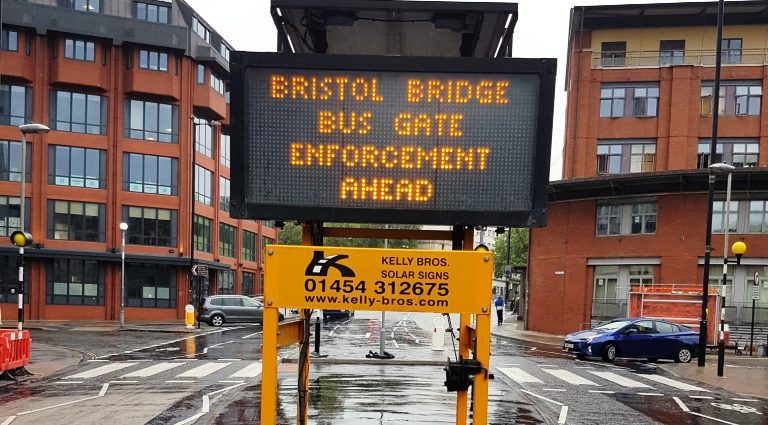 The Society has commented on the Experimental Traffic Regulation Order (ETRO) in respect of Bristol Bridge and associated streets. Bristol Bridge and Baldwin Street have been closed to private motor traffic since August 2020, using the ETRO mechanism, which treats the first six months of the scheme as an experiment. If the scheme can be demonstrated to be effective, taking account of objections submitted during the six months, the Council can make the scheme permanent.

The Society supports the scheme, given its aim to improve the environment of the city centre and encourage walking and cycling. However, we suggested that several issues merit consideration before the ETRO is made permanent, particularly since the pandemic has made assessment of the temporary scheme’s impact more difficult.

The big picture: the BCS believes that there is much potential in keeping through traffic away from the city centre and on to appropriate distributor routes. This should make the city centre a much more pleasant environment, in keeping with its historic buildings and streets. We strongly encouraged the Council to explain to the public its overall transport strategy and plans, of which these changes are part, particularity in the context of the hierarchy of roads, and prioritising buses, pedestrians and cyclists in order to meet the 2030 aims for zero emissions. Horsefair is the one street where vehicle access is being relaxed and we felt that it is a retrograde step because of the impact on pedestrians and the public realm.

Traffic and pollution impact: we thought it critical that displaced traffic does not cause unacceptable levels of air pollution elsewhere, and this needs to be monitored. We asked for a robust assessment of the effects on alternative routes and some reassurance that congestion and air pollution are being reduced across the network rather than pushed elsewhere in the city.

Signage: Signage is also a concern, both currently and in the longer term, and we asked that urgent attention is paid to improvements now, and a comprehensive review of signage is undertaken in the future.

Public realm: We urged the City Council to ensure a significant improvement in the public realm in the area, building on the success of Corn Street. It would make walking and cycling a more pleasant experience and enhance the attractiveness of an historic part of the city.

Use this link for the ETRO consultation page.