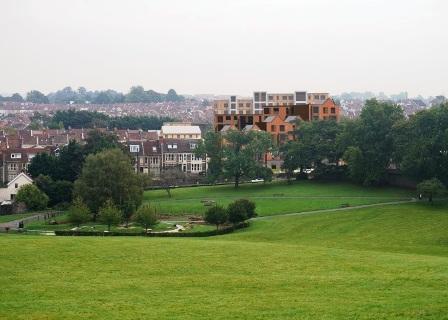 The photograph shows this site on the opposite side of Bath Road from Arnos Court Park. The site is largely cleared of buildings except for the Coop’s derelict former furniture factory, a Moderne-style that faces Bath Road. The Society supports the construction of higher-density housing in this area, which is well supplied with amenities and is close to the city centre.

The four proposed new blocks are of varying heights and mass. Although the largest blocks will not be easily visible from Bath Road there is a strong argument that the buildings are too tall. In this context, the surrounding buildings are low-rise. The rising site is not a suitable site for a tall building and the development harms the view from the park, which is an important amenity and in a conservation area. The height of the blocks should be reduced and the flat roofs replaced by a design more in keeping with the surrounding residential area. Front doors in the Bath Road elevation would animate the design and could provide the basis for designing the green edge next to the road.

The Society supports the large amenity space in the centre of the site and the retention of mature trees. A new pedestrian route through the site to Sandy Road via Belmont Road will be a substantial planning gain. The principal vehicle access will be located at the rear of the site, away from the Bath Road. This large site creates the opportunity the design-led project; Junction 3 is an example. 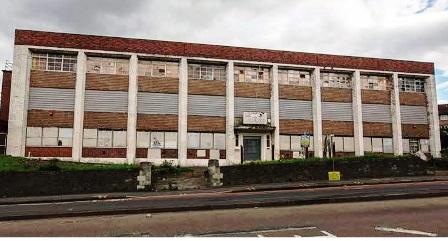 Sovereign Housing Association propose to demolish the 1936 Moderne style, Coop clothing and tailoring factory which closed in 1980. The site has been vacant for several years. Redeveloped, the site could deliver about 120 new flats and houses. On either side, the factory’s neighbours are Victorian semis. Arnos Court Park is on the opposite side of the Bath Road. The Society supports the principle of residential development. The area has shops, parks, is close to the city centre, there are several bus routes and the proposal is consistent with the policy to develop higher-density urban housing. 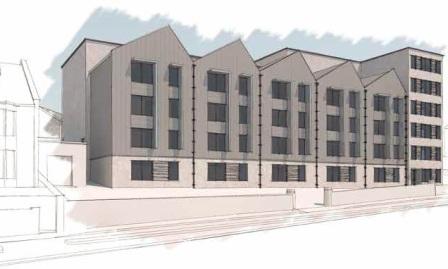 The Society has suggested that the Bath Road elevation should could be substantially improved. The current building cuts into the rising ground, awkwardly. The upper 7-floor flat-roofed block is intrusive and would harm the streetscape. The ‘saw’ roof profile has no local relevance. This block should follow the 19th Century example and step-down as pairs of houses with pitched roof lines. Without copying the detail, the Bath Road elevation should respond to the proportions of the 19th century housing. This is an opportunity to complete the building line.

The Society supports the proposal for a large public amenity space in the centre of the site and to retain as many of the existing mature trees as is possible. The site would also deliver a new pedestrian path between Sandy Road via Belmont Road and open the north brick wall.