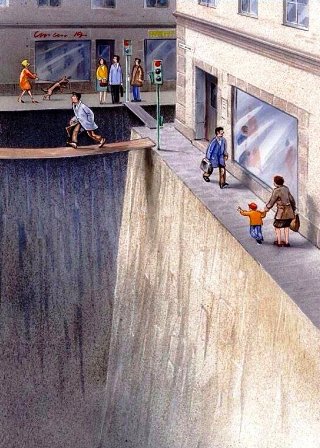 This year’s Big Event was on a public spaces theme. A panel of experts came together to try to answer questions about Bristol’s streetscape and public spaces, and how we could make them better.

Allison Dutoit of Gehl architects, the firm started by world-famous Danish architect Jan Gehl, spoke first. She said that it is people who make cities, whereas up to now cities have mostly been designed for driving through in a car.

To make streets special we need to understand behaviour in everyday life – for instance, what motivates cyclists and walkers. And, on the basis that what is measured gets done, we should collect data on how many people walk and how they behave in public places, for instance their preferred routes. We should design streets as places, to encourage people to stay longer. Times Square in New York is an example of what can be done.

Achieving the vision of a liveable city is not done by a top-down grand project. It is best done by simple, inexpensive interventions at first, and through this get people engaged, eventually leading to more permanent changes. The council’s role should be as facilitator, not always the doer.

You know you have won if you see more children on the street, and see more old people … you don’t have to worry about the rest!

Paul Appleby, Chair Bristol Media Group, approached the subject from a different angle. He looked into the future of public spaces in a social, digital world. Citing a Bristol Zoo project, ‘Arkive in your pocket’, he speculated on the future use of smart phones for addressing the public as an audience, and supporting the emerging small company ecology. He showed place-making plans at Temple Quay Enterprise Zone.

Ian Barrett, South-West Director for Sustrans, asked “What kind of place do we want to live in ?” With the aid of various thought-provoking schematics – for instance the evolution of road space uses, and images – eg pedestrians on narrow pavements alongside roadside ‘canyons’, he questioned the balance of space given to cars and pedestrians.

He made the point that better public realm has been shown to be of benefit to businesses, even though this is not always the perception and shopkeepers tend to overestimate the number of customers who arrive by car. Showing examples of what has been done in Bristol and elsewhere, and what is planned, he encouraged Bristol to explore options for making changes to its streets.

Barra Mac Ruairi, Director of Place for Bristol Council, gave his first public talk on place-making since moving last April from a similar role in Bradford He introduced himself as a “maker” (he used to do welding in his family’s business), interested in why people do things, an ‘urbanist’, and someone who draws. His aim is “to build better lives in better places”. He is “worried about architecture”, which may be concerned more with image than soul.

Congestion is “a challenge”. He observes the battle for space in the city and the love of cars – “a place called travel”. He is a great fan of reducing speed. Users of shared space should be asked to go at “a polite pace” please. He is up for trial closing of streets. He sees his role as building a greater Bristol, by leading on spatial planning, by helping others succeed, by small and large interventions.

Videos of the talks were put together by Julian Baldwin, whose work is gratefully acknowledged.