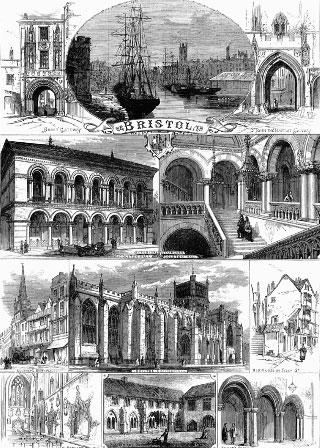 What, if anything, did the British Empire mean to Bristol and what might it mean to us now? How do we remember this aspect of the city’s past? These are questions for debate, which raise strong opinions and invoke powerful passionate responses. This debate is part of an ongoing research project which seeks to ask if and how we might begin to talk about Bristol’s complex history and its relationship with Empire.

Your chance to air your views and join a discussion of these issues in an interactive session which involves how we understand our city and our nation’s past and what should be done with these histories and legacies.

Alex Gapud is a PhD student in Social Anthropology at the University of Edinburgh researching how we know, understand, and negotiate Bristol’s past and its histories. Originally from the American South – where history and memory are complex and painful in their own right – and with ethnic roots in America’s own forgotten imperial past, his research seeks to engage larger questions of how England understands and remembers its imperial past and, what, if anything the British Empire meant then and might still mean now through investigating its memory, its legacies, and its continuities.