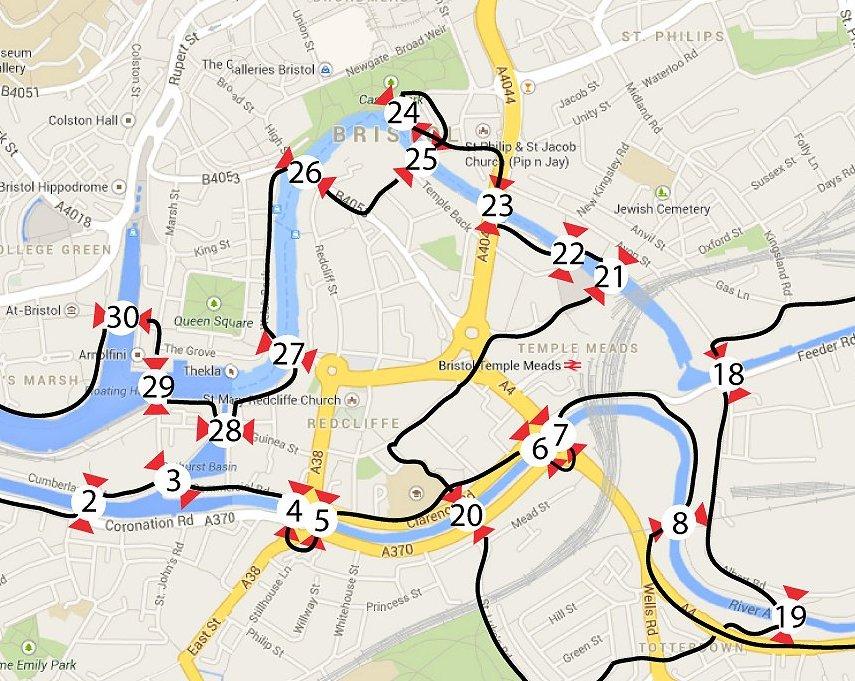 Is it possible to cross Bristol’s 43 bridges without crossing the same bridge twice? This is an example of the ‘Seven Bridges of Königsberg’ problem in mathematics. A route that solves the problem for Bristol’s bridges has been devised by Dr Thila Gross, Reader in the Department of Engineering Mathematics of Bristol University. He came to Bristol from his native Germany about three years ago because Bristol is one of the best places in the world for this particular subject. He wanted to find an interesting way of introducing his students to network theory – and he realised that Bristol and its bridges had a resemblance to Königsberg – except that it has three ‘islands’ – Spike Island, St Phillips and Redcliffe – and 43 bridges, not 2 and 7 respectively. Nevertheless, he knew that the ‘Königsberg bridge problem’ could be applied to Bristol – walk across all of its bridges without crossing the same one twice – and he knew that it did have a solution. So he set about solving it.

It required about three solid days of work spread over a fortnight. Two thirds of the time was spent just finding out where all the bridges were, and what was to count as a bridge and what not. Only bridges that are walkable are included and a judgement had to be made about some smaller bridges (not comparable in size to Königsberg’s bridges) on tributaries of the Avon that would have led the resulting walk long distances through some dull areas. Some bridges comprise two separate structures of segregated traffic and are counted as two.

Solving the problem is a case of trial and error, using some mathematics and some informed guesswork. There is no one solution to the problem, and others may start and end at different points, but Thilo particularly wanted his solution to end at the Clifton Suspension bridge. When he finally cracked it he then walked the whole route – about 33 miles – and managed to do it all in a single day of more than12 hours walking.

The ‘Bristol Bridge Walk’ is a fascinating, and sometimes spectacular, route that will take you into many of Bristol’s hidden nooks and crannies. Each bridge is an interesting feat of engineering with its own place in the history of the city. Unlike Thilo, you don’t have to do it all in one day. and you could maybe do it by bicycle if you are prepared to carry it up and down steps.

Use the following links for more details of Thilo’s route:

The route pre-dates the new Finzel’s Reach bridge, so an entirely new solution will have to be found.